Another great trip on the Spectre! Here is some video of the diving and wildlife. More later -C 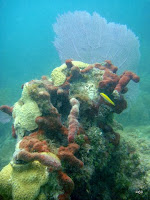 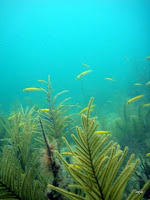 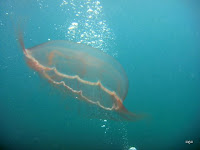 Other sights i would like to hit in this area would be the wreck of the Thunderbolt and the NOAA research center. The Wiki for the NOAA center has some great pictures and looks like it would be interesting to explore and photograph. Perhaps one day they will accept visitors. :)
Posted by =C= at 10:20 AM 0 comments 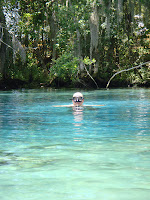 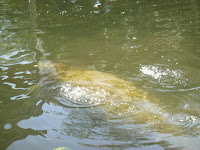 Spent a couple days diving in Kings bay and boating around the Crystal river area. We left from Plantation dive shop which unfortunately didn't have a DIN adapter for my reg (had to rent a reg and tank). For those who read this blog from Europe remember that American use exclusively yolk connection for the regulators!
We departed mid morning in Jon Boat to have a look around Kings bay and the Three Sister Springs. Its a very nice calm fresh water bay with several large feeder springs. There are some overhead environments and many boats so be aware and use proper technique. It was great to see a large class in progress!!! All ways nice to see new divers! 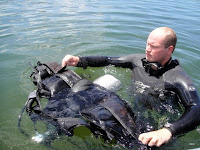 The dives I undertook were simple exploration, both short and shallow, but fun dives none the less. I was Blue crab and assorted fish, finishing the day with a manatee sighting. I imagine that when its not packed with people the Manatees would not hide as they did on our weekend visit. PADI has a nice intro to Florida diving page which I recommend.
Posted by =C= at 9:40 AM 0 comments